When a Transfer for Love & Affection Does Not Come Up Roses! 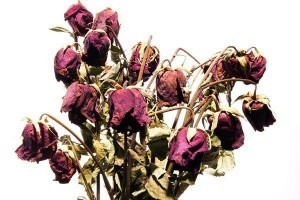 The decision in Bankrupt estate of Wallace v Wallace [2016] in the Federal Circuit Court of Australia is a timely reminder that the transfer of a spouse’s interest in the family home for love and affection at a time when all parties are solvent, is not a guarantee of asset protection from personal creditors in a subsequent bankruptcy.  This case is made more remarkable because the bankruptcy commenced approximately ten years after the transfer for love and affection.

This was a case brought on by a bankruptcy trustee (“trustee”) seeking to assert the provisions of section 121 of the Bankruptcy Act 1966 (“the Act”) which section deals with transfers that are made by a person who later becomes a bankrupt.  Section 121 of the Act in summary seeks to void as against a trustee, a transfer of property that would have otherwise become divisible property of the bankrupt estate, where the main purpose of the transfer was to prevent the property from becoming divisible.  Alternatively, the purpose was to hinder or delay the process of making the property available for division.

Sub section 121(2) describes the main purpose in preventing personal creditors accessing the asset if it can be reasonably inferred from all of the circumstances that at the time of transfer, the transferor was, or was about to become, insolvent.  Sub section 121(3) operates to not limit the ways in which the purpose of the transfer can be established.

Interestingly the judgement of Judge Philip Burchardt described in some detail the veracity of the testimony provided by the husband and wife which played a role when deciding on the merits of the trustee’s claim.

So what went wrong for the wife’s defence to claim full ownership of the family home that had been in her name for approximately ten years before her husband was declared bankrupt?

As with any analysis of a legal judgement it is important to remember that it was based on an existing set of facts and witness testimony.  Nevertheless, the messages from this case are reasonably clear and a summary of the main facts will be sufficient to illustrate the key principles.

In May 1999 the husband and wife (married in 1995) purchased a property in joint names in Brighton for $470K which became the family home.  In 2002 the husband became a director of Ripponlea Motors, a family business commenced by his father.  The husband’s first career was as an accountant for KPMG having left in 1993 to commence working for Ripponlea Motors.  The husband’s experience gained at KPMG in providing consulting advice was ultimately a factor in the Judge considering the motive behind the transfer for love and affection.

In June 2004 the wife sold a property that she owned solely in Port Melbourne for $488K and those funds were earmarked to fund the construction of a new family home on the Brighton property.

Around this time Ripponlea Motors was looking to embark on an expansion which would require it to enter into a floor plan facility with St George Bank for approximately $9M.

During the four day trial held in March 2016 the husband and wife asserted that he transferred his interest given that his wife was making a substantial investment in the matrimonial home by injecting the Port Melbourne sale proceeds.  They claimed that they never discussed protecting the husband from the possibility of business failure.

The Judge decided in favour of the bankruptcy trustee on the basis that the intention of the transfer even though at a time when Ripponlea Motors was solvent, was to place the Brighton property beyond the reach of creditors.  The Judge found that the wife was not a compelling witness and the husband was extremely unconvincing.  It was apparent that the husband was making himself potentially liable in a way that he had never done before and that he would have been aware that he was exposing himself to considerable risk.  In addition, over a period of time he had represented as having ownership of the matrimonial home.  The Judge formed a view that the husband and wife at some stage must have discussed this major alienation of property.  The husband’s background as an accountant combined with the wife’s own business background was used as support for the Judge’s view that they must have discussed the alienation of the property.

Once the Judge rejected the story that the transfer was for love and affection and in consideration for the injection of funds from the sale of the Port Melbourne property, no other explanation made sense.  There was no suggestion that the husband was about to become insolvent at the time of the transfer.  The Judge was unable to arrive at a definitive resolution of the manner in which an equitable accounting of the value of the property and expenditures should be apportioned.  It was left to the parties to consider the reasons for judgement and make further application for consideration.

An important takeaway from this case is that the effluxion of time, ten years in this case, is not a cure for a contravention of section 121 of the Act.  Conduct such as the representations as to ownership made by the husband formed part of the case in favour of the Bankruptcy trustee.