Unscrambling the Egg! Terminating a Winding Up! 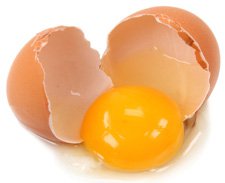 On 20 September 2016 Nicholas Giasoumi & Roger Grant of our office were appointed joint and several official liquidators to a company upon an application made by the Australian Taxation Office (“ATO”).  The directors with the support of the official liquidators were able to apply to the Court to set aside the winding up orders within 12 business days of the appointment date.

At the time of the Court winding up order the company was trading providing contract services to the building industry.  The company had suffered some bad and slow paying customers but the underlying business was still profitable.  It’s debt to the ATO had accrued to an estimated $50,000.  Apart from some finance contracts on motor vehicles, the ATO was the only other external creditor.

Most of you would be well aware that a creditor can issue a Form 509H Creditors Statutory Demand for Payment of debt when other attempts to collect money have failed.  This demand is addressed to the registered office as disclosed in ASIC’s records.  In addition, it can be served personally on a director of the company.  If that demand is not satisfied within the stipulated 21 day time frame then the creditor can elect to petition the Court to wind the company up.  Again, a copy of the petition is required to be served on the registered office.

Back to our current case.  The directors advised that they were not fully cognisant of the ATO proceedings on foot.  They entered into repayment arrangement negotiations themselves, missed a payment deadline and failed to be represented at the final Court hearing.  It is fair to say that had the directors been fully cognisant of the significance of the ATO proceedings, they would have been in a position to obtain funding to head off a Court wind up order.

The ATO issue many statutory demands every year and also wind up many companies every year.  However, applications to set aside an order made by a Court to wind up a company are comparatively rare.  Even if the directors could procure immediate funds to pay the ATO debt, they are still required to make an application to the Court to set aside the original order.

Applications to set aside a Court order should be made as quickly as possible.  In our recent matter, this was made even more critical in circumstances where the official liquidators had a very narrow window of insurance coverage given some deficiencies immediately identified in the company’s onsite work practices.  These matters were communicated to the directors who immediately took steps to address those deficiencies and improve their business practices.

The directors’ application heard on 10 October 2016 (12 business days after our appointment) was successful and was underpinned by the following:

Altogether a costly lesson for the directors that were also required to pay for their own legal representation and accounting fees to prepare the outstanding lodgements.

The founding guidelines for such an application can be found in the case known as George Ward Steel Pty Ltd v Kizot Pty Ltd (1989) 15 ACLR at 465 which has been followed in many subsequent applications.  The following is a shopping list of issues that the Court will take into consideration when deciding whether to set aside a wind up order:

There are cases whereby the applicants were unsuccessful because they were out of the country at the time of the hearing and still waited five months after returning to make an application.  Another case dealt with a director that delegated responsibility to another person who in turn failed to act.

It should be clear to see that the mere failure to attend the hearing date will not of itself provide successful grounds to set aside the wind up order.

The message for external accountants or other advisors is to ensure you have a system in place to deal with incoming client correspondence especially where you are the registered office.  In circumstances where you know your client is not great with their paperwork, this adds further importance to you following up your client to make sure that they understand the importance to deal with the Court proceedings appropriately and in a timely manner.  Put your advice in writing and try and make sure your client acknowledges it.  Failure to notify clients of correspondence which has significant ramifications may also result in the client making a claim against your professional indemnity insurance.

We would always suggest that the receipt of a Creditors Statutory Demand for Payment of debt, let alone a petition for a winding up, is a significant warning sign that your client needs some special attention.  We continually advocate to client advisors the benefits of your clients getting advice as early as possible.  It is at this point that many options are still available to deal with a business facing financial difficulties.  The options can diminish rapidly once a petition has been lodged to wind up a company.  In addition, the public advertisement of the lodgement of the petition on the ASIC database can have adverse publicity implications for your client.  Well organised credit managers may have your client on a lodgement alert with ASIC that will immediately notify them when a wind up petition is lodged.