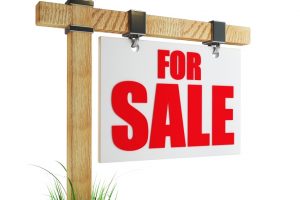 Previously external administrators and trustees could only assign debts and other common law rights in the administration.

This new law allows for the assignment of voidable transaction claims (unfair preferences), insolvent trading claims and other similar claims that have previously only been conferred to the appointee.

Notably in instances where an assignment agreement may result in a compromise of a debt or an agreement that extends beyond three months, a meeting of creditors will need to be convened to give approval to the assignment.

The intended benefits of the change in legislation were highlighted as follows:

Sounds fantastic in the brochure, how this will play out in reality is yet to be seen.

In particular the books and records of the company are not immediately accessible to anyone and may require a Court order to effectuate or facilitate access. It is not envisaged that any court order for such access would be unreasonably denied.

Alternatively, the liquidator or trustee may be required to provide access, assist in the preparation of various recovery actions including the provision of a solvency report (in the case of an insolvent trading claim) as an example.

Parties taking an assignment may still need to do so in the name of the company or bankrupt estate and as such the prompt finalisation may not be achievable as the administration will need to remain open whilst the litigation is afoot.

The assignment does not assign the liquidators or trustees vast investigative powers.  Examination powers can only be conferred if the assignee is an “eligible applicant”.

In most assignment cases, liquidator or trustee assistance is likely to be required.  For example, in bankruptcy creditors have the ability to conduct a public examination this right does not, by operation of the Corporations Act 2001, extend to creditors in a liquidation.

Notwithstanding, these potential impediments, there is the potential for a real benefit to be derived.

The ability to assign to a litigation funder may avoid the complexity of an ongoing funding arrangement.

The mere ability to assign an action may provide for an improved negotiating position for a liquidator or trustee prompting better settlements earlier and at a lower cost.

It will clearly allow significantly aggrieved creditors or a group of creditors to take their own actions, with their own legal representation without the need to provide indemnity funding and security for costs to a liquidator or trustee.  It also bypasses the uncertainty surrounding advantages to be conferred on creditors who provide a liquidator/trustee with litigation funding.

The legislation whilst having expected benefits, may give rise to far broader implications / benefits than was scantily mentioned in the explanatory memorandum.

A pre-appointment sale of assets by a company to an unrelated party may give rise to a number of potential claims:

A director may seek to purchase an insolvent trading action as a defensive position and seek to recover from a co-director. Alternatively, a party friendly to the director/s may seek to acquire the claim, preventing it from being sold to an unfriendly party or ever being prosecuted.

Creditors who are potential targets of recovery actions (voidable transactions) may seek to settle earlier rather than have a competitor company acquire the claim.  Parties friendly to these creditors may take an assignment as part of a defensive position.

A director may acquire preference actions to set-off any personal guarantee exposures that may arise from such claims.

An ex-spouse may acquire a voidable transaction or insolvent trading claim that involves the other ex-spouse.

The non-bankrupt spouse of a bankrupt acquiring all rights of action including settlement of any equitable or actual property claims asserted by a trustee.

Directors or shareholders could acquire the myriad of actions that may face directors from a failed company.

Notably the external administrator or trustee will need to ensure against the assignment of claims that could be frivolous or vexatious or oppressive as these claims are incapable of assignment under the law.  Accordingly, even in the event of a potential assignment there will need to be a level of liquidator or trustee investigation to ensure that the claims have merit and do not fall into these categories.

Creditors need to be aware of their rights, opportunities and threats arising from potential assignments including whether they are required to be approved by a meeting of creditors or not.

Directors need to be aware of the similar rights, opportunities and threats arising from potential assignments and their potential effect on personal guarantees, family law proceedings etc

Liquidators and trustees will have to consider each assignment carefully. It should pave the way to achieving some of the benefits sought by the legislation but the additional benefits or consequences are yet to be ventilated.