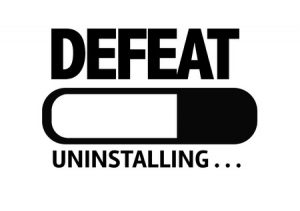 The intention is to prevent companies from transferring assets to a newly created related entity and leaving the debts with the old company.

HOW DOES IT WORK?

Creditor Defeating Dispositions are defined as a disposition of company property for less than market value (or the best price reasonably obtainable) that has the effect of preventing, hindering or significantly delaying the property becoming available to meet the demands of the company’s creditors in winding up.

The company liquidator can apply to the court to have the voidable transaction declared void. The court has a wide range of powers to restore the status quo had the transaction not occurred.

ASIC, on its own volition or at the request of the liquidator can make administrative orders to recover property the subject of the voidable creditor defeating disposition requiring:

The new powers given to ASIC reverses the onus of proof.

The recipient of a notice issued by a public servant has 60 days to comply.

Failure to do so is an offence.

The recipient is required to apply to court to set aside the order if they believe it has been made in error.

The new provisions also make it an offence for a company officer or a facilitator (including an accountant, solicitor, pre-insolvency advisor) to cause a creditor defeating disposition.

Penalties can be either civil or criminal.

To be held criminally responsible requires the actions to be reckless where the company officer or facilitator are aware of the substantial risk that the result will occur, having regard to the circumstances known to them.

Whilst these amendments are welcome, if properly enforced, the current breach of directors duties provisions, together with section 79 of the Corporations Act in relation to advisor’s liability could have acted to curb Phoenix Activity.

The “28-day rule” prevents the backdating of resignations.

There is the ability to apply to ASIC or the court to satisfy them that the resignation occurred on the purported date.

The new provision also provides that a director cannot resign from a company if it would leave the company without a director.

Whilst these amendments are welcome, they do not take effect until 18 February 2021.

Previously, some unscrupulous pre-insolvency advisors sought to shift accountability to “straw” directors prior to perpetuating a phoenix transaction.

Prior to liquidation, they would back date a directors resignation to a number of years prior to the lodgment to protect the “real” director from personal liability for unlodged and unpaid taxes as well as other director related obligations and duties.

The other amendment passed to curb Phoenix Activity relates to directors personal liability for GST. These amendments were addressed in our previous blog.

Should you require any further information in relation to the contents of this blog or any other insolvency related matter, do not hesitate to contact any of the five registered liquidators at Dye & Co.