Back to the Future – the One Year Bankruptcy! 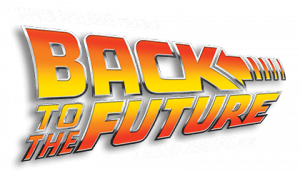 What was old is now new, with the government finally introducing a Bill for the one year bankruptcy.  Those a little more senior in years may recall that similar legislation was previously in the Bankruptcy Act 1966 (“the Act”) before being repealed in 2003.

The proposed legislation is not exactly the same as the previous operation of section149T of the Act, which was aimed at smaller consumer debts.

The intention of the new legislation proposed by the Bankruptcy Amendment (Enterprise Incentives) Bill 2017 is to promote and foster entrepreneurial activity by decreasing the stigma and harsh penalty associated with the current three year bankruptcy regime.

The Bill proposes that the one year bankruptcy will commence six months after it receives Royal Assent. We will advise you when this occurs, but as a result any bankruptcies on foot that are in excess of one year at that time, will be automatically discharged by operation of law.

Notably under the proposal, the ability of a trustee to object to discharge and to extend a bankruptcy to five or eight years, as the case may be, is not affected. Additionally despite the one year period a bankrupt will be required to continue to pay any income contributions (if applicable) for three years, as per the current laws, and be required to assist a trustee despite any discharge.

This may all sound quite fantastic, and have budding entrepreneurs propel their previously suppressed innovations careening into the spotlight without any fear of the harshness of a three year bankruptcy forever shrouding their potential for greatness.

However, questions remain over whether it will have the desired effect.

Our experience and the governments own statistics tell us that the majority (78% on the latest figures) of bankruptcies are as a result of consumer debt caused by excessive use of credit or the sudden absence of income or both.

Clearly the stated intention of the Bill is not reflective of the current cause of bankruptcy.  In our opinion the absence of financial literacy, the ease of access to credit and other similar factors are the major causes of the bankruptcy and the government would be well minded to seek to introduce a level of financial literacy education at tertiary level to redress same.  Liabilities due to guarantees resulting in bankruptcy, whilst material, do not appear to have previously stifled someone’s enthusiasm or entrepreneurial activity.

So why did “early discharge” fail last time?

Previously the bankrupt had to meet a certain criteria and they also had to apply for early discharge.  The new provisions would apply to all bankrupts regardless of debt levels.  Anecdotally the law was repealed on the basis that it was only being used by half of the persons (60% of bankrupts) entitled to access its provisions.  It was felt that seeking early discharge after 6 months did not reflect the seriousness of the decision to become bankrupt in the first place.  It was also cited that being able to access early discharge meant that debtors were less likely to seek to engage with their creditors to seek arrangements to repay their debt.

“Those who do not learn history are doomed to repeat it.” – George Santayana

We verily expect that the same reasons that applied in 2001 before the repeal in 2003 will no doubt rear again soon after the Bill passes through Parliament and receives Royal Assent.

We also question the effectiveness of the proposed changes in circumstances where a person’s bankruptcy remains listed on an individual credit report for five years.

It also concerns us that there is a serious disconnect between the current reform surrounding Anti Illegal Phoenixing measures which are designed to rightfully punish illegal phoenix operators and their promoters and the ability for directors who become bankrupt as a result of their business failure, including illegal phoenix failures, may be discharged and eligible to be company directors within twelve months of their failure.

Whilst there are other provisions in place to seek to provide recourse, the chagrin of trustees and in a corporate context, registered liquidators, is the absence of funding to enforce prosecutions.

This reality is unlikely to change.