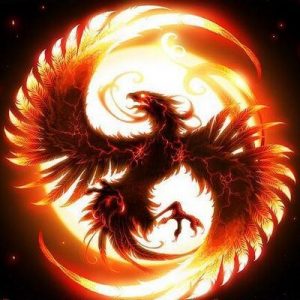 The term “phoenix activity” does not appear in statutes but has for many years been used to describe a sale of business assets to a related party for no consideration or less than market value with the intention of defeating creditors.

The Corporations Act 2001 and its predecessors, have for decades contained laws in relation to the breach of directors’ duties which should address improper phoenix activity.  However, the lack of enforcement combined with the low level penalties when prosecuted, can lead to directors making a value judgement that the benefits of such conduct significantly outweigh the risk of penalties.

Debts incurred to the Australian Taxation Office (“ATO”), in particular PAYG and GST have invariably been a liability that has all too easily been run up whilst available funds have been used by directors to pay the essential suppliers to keep an enterprise functioning; net wages, trade suppliers, leases and bank debts for example.

The ATO has in the past been behind the eight ball because some directors in control of a “phoenix operation” would simply elect not to report tax obligations as a means of flying under the radar and avoiding enforcement action by the ATO.  There have been many cases where companies have received an unfair advantage over competitors that are paying all of their creditors and have secured sales at lower prices because they were not paying business expenses like debts to the ATO.

The ATO has ramped up its arsenal of weapons combined with existing laws to combat businesses that seek to fly under the radar by avoiding compliance obligations.

The Commissioner currently can:

The ATO and ASIC in conjunction with other stakeholders have been working on further reforms to address concerns over companies that aren’t afraid to keep trading when the likelihood that all creditors can and will be paid is becoming problematic.

The ATO and ASIC are also monitoring unqualified/unregulated pre insolvency advisers who appear to promote unethical conduct to the detriment of unsuspecting creditors.

Whilst there is a push to promote entrepreneurship through the recently introduced safe harbour laws and proposed legislation to reduce the period of bankruptcy from three years to one year, it is not intended to be at the cost of placing creditors in a more vulnerable position.

Dye & Co. has been for 40 years providing advice to boards of directors, company advisors and creditors in circumstances where cashflow difficulties exist or are imminent.  The ever-changing corporate regulatory environment means more than ever that that directors should be seeking out specialist advice at the earliest reasonable opportunity.