What happens when a person dies with debt levels exceeding their assets?

What happens when a sole director and shareholder of a company dies?

What happens when a director dies and the company is insolvent? 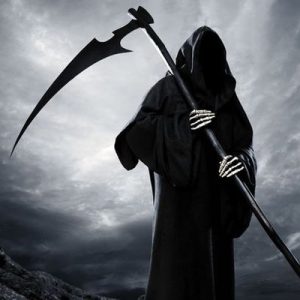 Over the past 40 years Dye & Co has dealt with these and similar questions on a number of occasions. Such scenarios are becoming more prevalent since the inception of sole director, sole shareholder companies and with our ageing population.

Detailed below are some examples and case studies:

Example 1: – Death of an Insolvent Person

Take the example of the death of a person who has debts that exceed their realisable assets.  Often the first reaction of the surviving family members is to contribute sufficient funds to meet the shortfall.

Providing there are no joint debts or guarantees executed over the debts, to a surviving party, the estate only needs to payout the funds to the creditors from the available assets of the deceased.  If this is performed by the executors or persons holding letters of administration, then the payment order is determined by the Administration & Probate Act.

If a trustee is appointed to the estate, then the Bankruptcy Act determines the order of payment.  The trustee manages all the affairs and the executors or persons holding letters of administration do not take part in the management of the estate.

In either scenario, the shortfall remains with the deceased and the creditors bear the cost of any shortfall in respect of same.

Example 2: – Do not use your exempt or non-divisible property

In a bankrupt estate the superannuation fund is non-divisible property which is not an available asset to meet the debts of the estate.

However, should an executor or person holding letters of administration manage the estate, it may depend on what the death benefit nomination and the Will (if applicable) as to whether the application of the funds are included as an asset of the estate or not.

Sole director and shareholder of a company died intestate, leaving, inter alia, an operating business of the company behind.  The company was insolvent.

In this case, the son of the deceased was also creditor of the company.  A statutory demand for the payment of debt due to the son was issued against the company ultimately resulting in its winding up and a liquidator being appointed.  This was a timelier and more cost-effective process to achieve the same outcome.

Sole director and shareholder died, leaving, inter alia, a trading business of the company.  The company was insolvent.

The will had joint executors.

The liquidators were now able to tidy up the mess of the insolvent and directorless trading company. There was no exposure to the newly appointed director appointed for the purpose as the company did not trade under their control. The 30 day rule associated with the assumption of ATO liabilities did not lapse and there are no offences committed.

Case Study 3: – Sudden death of a director of a solvent company

A sole director and shareholder died suddenly and young.  He died intestate, no spouse or children.  The company had been trading profitably, however the sole director was the driving force and persons known to him did not have the knowledge or expertise to manage the company.

A sale campaign resulted in a successful sale and the preservation of jobs for the employees of the company. Ultimately resulting in a dividend to all creditors of 100 cents in the dollar and ultimately a return to the estate.